I’m Andrew and I’ve worked for the Insolvency Service for 12 years now, and I’ve been lucky enough to see Debt Relief Orders (DRO) go from an idea to having 250,000 people benefiting from receiving one.

But, what exactly is a DRO, why do we have them and how are they different from bankruptcy? To answer that, we need to go back to those halcyon days of polyphonic ringtones in the mid-2000s!

Declaring yourself bankrupt back then involved paying a large deposit and going to court (which also added more fees), as well as having your details published in a local newspaper.

The Insolvency Service, together with groups that campaign for debtors, such as Citizens’ Advice and the National Debt Line, noticed a significant number of people who, even if bankruptcy was the best option for them, were put off applying both by the actual costs and the perceived stigma. 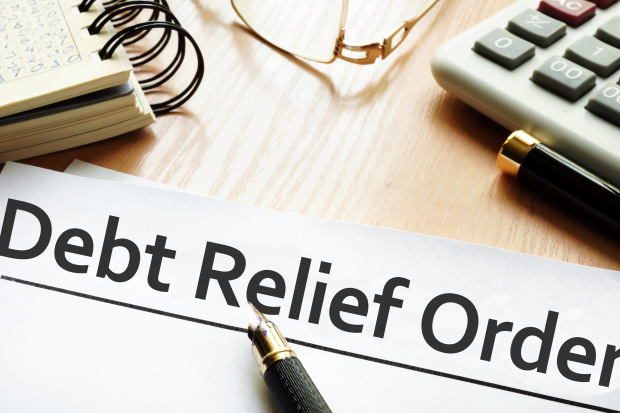 A choice of paths

The process to finding a solution to the issue began in July 2004, with the then-Department of Constitutional Affairs publishing the consultation paper “A Choice Of Paths”. This proposed “the introduction of debt relief via a No Income No Asset Debt Relief scheme administered by the Insolvency Service”. After consultation with groups representing creditors as well as debtors, the enabling legislation to allow DROs was laid before Parliament and passed on 19 September 2007.

The DRO is different from bankruptcy in several important ways: applicants could apply through a debt advisor rather than facing a Judge, they would not have to be interviewed by an examiner, and as a result of the savings in time fees were reduced.

To make sure this was reaching the people who needed it, limits are put in place on who could apply, meaning you are only eligible if:

Attention then turned to getting the DRO system up and running. Bankruptcy at that time was still made in individual courts, who would then notify the Official Receiver’s Office that covered that region.

A decision was taken early on that - as there would be less administration involved - all DROs would be handled by one unit for the whole of England and Wales. DROs were introduced by the Insolvency Service of Northern Ireland in 2011, with the similar Minimal Asset Process bankruptcy introduced to Scotland in 2015.

Eventually the decision was taken to base the DRO Unit in Plymouth, where there was office space available and experienced staff willing to take on the challenge of launching a new team. The DRO team would also be the first part of the Insolvency Service running on the then-new ISCIS computer system.

Moving to the DRO team

I have a confession to make. While many of these exciting things were happening, I was sat in the same office in Plymouth, but in a different directorate. We were told we would be moving from bankruptcy administration to the DRO team in 2016 and, while I was glad to be keeping my job, with nine years of bankruptcy admin under my belt, I couldn’t help thinking I was moving to a less-demanding job. We’d always prided ourselves on being able to handle complex cases and saw DRO work as somewhat easier.

Fortunately, the years since then have proved me wrong in so many ways! The DRO team worked in a completely different way to what I was used to. We were used to taking individual ownership of a particular case and do all the odd jobs on it as they came up, but each aspect of work was split into a different task on the new DRO team. This meant you’d spent time looking at, for example, people sending in updates to their income and expenditure, or reviewing cases where our automatic checks flagged an issue. It was a great way to learn the whole job, building up your confidence and moving on to take on new work as you feel ready.

As with all insolvency work, you do come across the odd case of someone trying to play the system, and I’ve always been impressed with how the DRO team pick these cases up and deal with them. But equally, you come across a great many cases where you can see someone has fallen into financial difficulties through circumstances outside their control.

It’s honestly quite satisfying to deal with any aspect of these cases, knowing that you’re helping deal with the biggest source of these people’s problems and give them a new start going forward. We also work closely with the approved intermediaries who work in the advice sector and help people to complete their applications; sometimes they can give us a set of circumstances that turn into a whole-office debate session!

While moving to DRO work wasn’t through my own choice, I can honestly say it’s given me so many more opportunities to help people and improve myself. I have zero regrets about moving over.

If you want to work in a happy and motivated team that’s always on the front line of adapting to changes, look out for vacancies!

Guidance on getting a debt relief order

Options for paying off your debts

Working at the Insolvency Service

We have more on the benefits of working at the Insolvency Service, and our current vacancies can be found at Civil Service Jobs.